A true blue Madisonian, minus the chicken coop and family bed.

I Know You Are Trying

Just me, popping in, to let you know that I know you’re trying.

I know that you are trying, and you are brave.

“Do you have any children,” a woman asked me yesterday.

Thus went a tiny conversation I had yesterday. A small snippet. But a big question, which I answered truthfully. 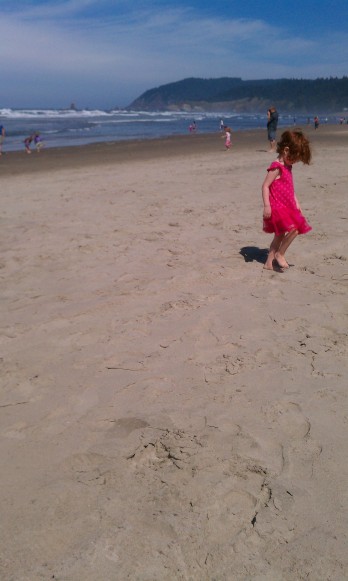 I will not have another baby and I’m coming to terms with that. I’m doing my best to move on and usually I’m OK. But lately I’ve tried to remember what it felt like to be pregnant and I can’t quite conjure it. I know that I wanted to do it again, but what would it have been like? I can bring up faint memories of the baby under my skin, those first few flutters I felt at week 17, when my husband could barely feel no matter how hard I pressed his hand to my stomach. My memories of being pregnant are becoming similar to that – no matter how hard I press my memory, I have only flutters. Phantoms.

I realized this afternoon that I have a phantom pain for my memories of that time when I was pregnant. I didn’t know it would only be one time, so I cling to what I think I can remember.

I’ve lost weight and one week when I stepped on the scale, I thought, “Oh, this is the weight I was when I went to my first doctor’s appointment at nine weeks.” I wore plaid pants and a carnelian shirt. At that appointment I saw something on the monitor that had to be pointed out many times – the smallest speck on a screen that produced whooshing noises when amplified via air waves.

I can’t even find pictures of myself pregnant. I emailed one or two to two friends but the archive folder shows them as stripped. I know a few exist, from baby showers and what-not, but I don’t have ready access to those images. I know it happened. I have proof in my house and on my skin. I have all of the proof anyone would ever need, but I can’t quite remember how I got there.

I’m making assumptions, but most parents I know *love* bedtime. Some enjoy reading stories and cuddling, others not-so-much. But everyone I’ve ever spoken to loves their children more when they’re asleep. It’s time for grown-ups to do everything associated with the remains of the day: empty and re-load the dishwasher, sort and fold laundry (and in our case, never put it away and live out of baskets for another week), open mail, toot around on the internet. It’s hallowed, sacred time, time when as a parent of a younger child you wondered what exactly you *did* all night before you had kids.

I write these words wistfully, because my daughter does not go to bed easily. In fact, each night my husband and I trade who puts her to bed because, frankly, there is nothing more tiring at the end of the day than dealing with the not-wanting-to-go-to-bed dance. I’ve read every article possible on bedtime routines. I pepper my friends with thoughts on how to get Miss Red to go to bed, but it is a mighty battle. Every. Single. Night.

How mighty? We are lucky – actually happy – if she falls asleep by 9:30 p.m. A few times she’s made it to 11:30, and once until midnight. During those later adventures I myself was already asleep, my husband patiently dealing with her tears and frustration. I might add that while I don’t think there should be medals in parenting, he deserves one for never raising his voice during those nighttime battles.

“Some people don’t need as much sleep,” our family physician shared with us when we bemoaned the small hours of sleep Miss Red clocked each night. And it’s true. My mother-in-law is from a long line of people who get by – and do quite well – on a small amount of sleep. Really, it’s a skill that could help her out in adulthood.

When I was a child, and until recently, I had troubles falling asleep. I think my natural clock would have me going to bed around midnight and waking up around nine. Yes, I would love nine hours of sleep. Alas, the Midwestern clock has different standards of when work starts. What kept me awake as a child? Lots of anxious thoughts. Too boring to go into, but so many “what ifs” and memories of small injustices or silly things said, done or not done. Typical stuff. It wasn’t until I started practicing yoga regularly and learned some simple breathing techniques that sleep hasn’t been a constant struggle.

So my daughter, this huge bag of recessive genes – red, curly hair, flat feet, dimples – also got my not-wanting-to-fall-asleep gene. Or maybe it’s the doesn’t-need-as-much-sleep gene she got from her dimpled grandmother.

I do my best to see the positives in the bedtime battles – I get to see her for many hours at night, versus many of my friends who see their kids for a sliver of time before bedtime. With four hours or so together each night, there’s plenty of time to eat dinner as a family, play games, read, hang out and watch a show. No rush. No feeling that we aren’t seeing enough of one another.

I only find myself rushing to have that sacred alone time. That unknown quiet, where magical things such as crafts, hobbies and general house keeping can happen. It’s at times like these, which means every night, that my husband and I often remark that we have no idea how we would in fact have had another child given the demands of this one. But I know we would have been just fine.

My husband, an artist, steals time for himself until late each night, staying up until midnight or later making art. I often head to bed with an awake four-year-old, her talking or playing heard over the baby monitor as I read for a few minutes before I tackle my own sleep demons.